Music that changed my life and shaped me as a musician

I sometimes get asked about my favourite albums and which of those influenced me most as a guitar player. So I have narrowed it down to a “short” list of 12…

This was my introduction to Rory Gallagher, and the reason I started playing guitar.  It was a live album and it just blew me away when I first heard it. The energy and vitality that leapt off this record were incredible, and it triggered my lifelong passion for Rory’s music. This was probably him at his rockiest, and tracks like “Shin Kicker” and “Follow Me” were played with a wild abandon that few, if any, guitarists have ever matched. And who the fuck does a fade-out on a live album except for Rory Gallagher???

Led Zeppelin: In Through the Out Door

While it’s not necessarily my favourite Led Zeppelin, (I think they’re all equally brilliant), it was the first one that I bought and, ironically, the last they made. So, it will  always hold a special significance for me. I just loved the songs on it: “Fool In The Rain” and “Carouselambra” spring to mind as being favourites and as ever they were magically played. They were a band of four absolute musical geniuses, who always delivered.

This is my favourite Lizzy album by a mile; the songs were magnificent, and the musicianship was incredible. “Waiting For An Alibi”, “S&M”, “Got To Give It Up”, “Toughest Street In Town”….. the list goes on and they are all rock classics that truly stand the test of time. I thought this was Phil Lynott at his best, melodically and lyrically, and Gary Moore and Scott Gorham were just on fire from start to finish. Brilliantly produced too by Tony Visconti; it should have been the album that sent them into the stratosphere. Alas, that wasn’t to be…

I always think that this album ignited my love for pure melody in songs, and I don’t think there was ever a songwriter who wrote catchier melodies than Jeff Lynne. From the opener “Turn To Stone” to the closing track “Wild West Hero”, it’s just great song after great song. What a sound, what a band, what an album!

This album was thunderous from beginning to end and the songs were so, so good. Ronnie James Dio’s voice is majestic and the band are just brilliant. The album made Belfast’s Vivian Campbell a star, and he shines from beginning to end, with blistering solo after blistering solo. He was fast, tasteful, had a great sound, and you could tell he was real hungry.  It’s a gem of an album that will blow the cobwebs off any dusty record player.  Brilliant!

Fine Young Cannibals: The Raw And The Cooked

This was an album I couldn’t stop listening to for months on end, and I still frequently stick it on now. The FYC sound was so unique and Roland Gift had a brilliant way with words and melodies.  Andy Cox’s guitar playing is fantastic throughout and every song  is absolutely brilliant.  If you put a gun to my head and asked me to choose a favourite, I’d go for “As Hard As It Gets”, but it easily could have been any of the others.  I remember reading an interview once where Roland Gift said he split the band up because he knew they couldn’t write anything better than this album. That says it all.

This album blew my fucking mind when I heard it and I still think it contains the best rock guitar playing I’ve ever heard on a live album!  At the time, America had Eddie Van Halen and Northern Ireland had Gary Moore. On “We Want Moore”, Gary really made a statement; he was second to nobody.  “Shapes Of Things”, “Victims Of The Future” and “Empty Rooms” were highlights for me, where Gary demonstrated he had more strings to his bow than any other player in the genre. The album is dazzling from start to finish, and at the time it cemented Gary as a living legend.

Mama’s Boys: Plug It In

The McManus brothers are very dear to my heart.  They were from the neighbouring County of Fermanagh and when I was a kid, I used to sneak into venues to see them play.  They were an incredible live band and, in Pat McManus, they had one of the great guitarists of that era.  He was simply mesmeric to watch, as were his brothers John and Tommy.  They had a telepathic understanding which I’ve never seen in any other band. “Plug It In” was their first proper album and it showcased them at their rawest and best. “Belfast City Blues” has three of my favourite guitar solos all in one song.  Every track on the album is a killer!

The mixture of Billy’s voice, Steve Stevens’ guitar, the amazing songs and great production really were an unstoppable force on this album. From the snarling “Rebel Yell”, to the beautiful “Eyes Without A Face”, to the driving intensity of “Blue Highway”, it was jammed full of the coolest hooks imaginable.  For my money, it was the perfect combination of rock and pop.

John Mayall and The Blues Breakers with Eric Clapton

This was my introduction to Eric Clapton and also to the blues, and it had a profound, lifelong effect on me as a guitar player. The album has this electricity about it, and I don’t think Clapton has ever played with such fire and passion. The sound and the intensity of his playing on tracks like “Have You Heard”, “Double Crossing Time” and “Key To Love” showed what a genius Clapton is in the realm of blues, which left an indelible impression on me.  If I’m ever lacking in inspiration, I stick this album on, whack the volume up to 11 and remember why I started playing guitar.  It still sounds as fresh as the first time I heard it; an all-time classic.

Apart from Gary Moore, Jeff Beck is probably my favourite guitar player and this was the album that introduced me to his playing. It took me a while to warm to the album, but when I did, I couldn’t stop listening to it. The sheer beauty of tracks like “Cause We’ve Ended As Lovers” is juxtaposed with the fusion and intricacy of tracks like “Air Blower” and it’s a record I hear something new from every time I put it on the deck. Beck always experiments, and on this album he went full tilt – the results were spectacular.

Gary Moore: Still Got The Blues

I’ll never forget the moment I heard “Oh Pretty Woman”, the first single from this album on the radio.  I was driving at the time and I just pulled my car over to take it in. I couldn’t believe what I was hearing…it was incredible!  So I rushed out and bought the album and was instantly floored by how brilliant it was.  I’d never heard blues played like this. I always joke that Gary gave the blues that Irish bollocks that it desperately needed and I think I might have been right!  The outro solo on the title track is my favourite guitar solo ever and still makes the hairs on the back of my neck stand up.  It’s also probably my favourite song.  R.I.P. Gary Moore, the greatest…

“One good thing about guitar, when it hits you, you feel no pain!”

#JH (variation on a theme by Bob Marley) 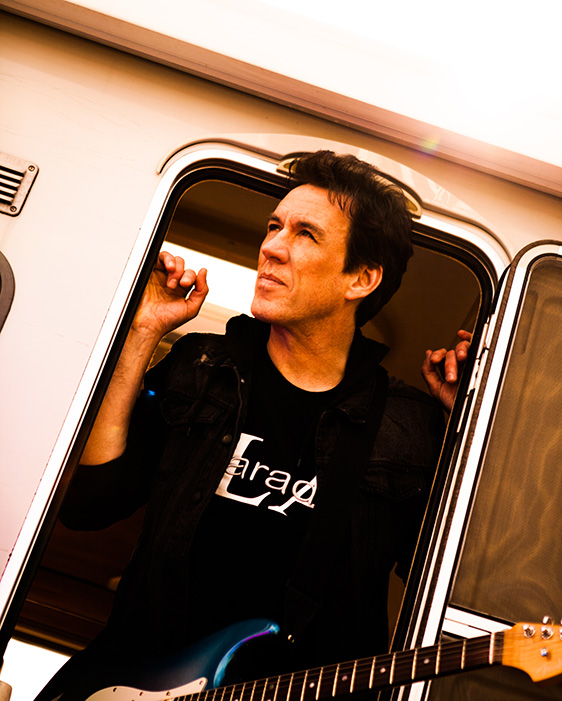 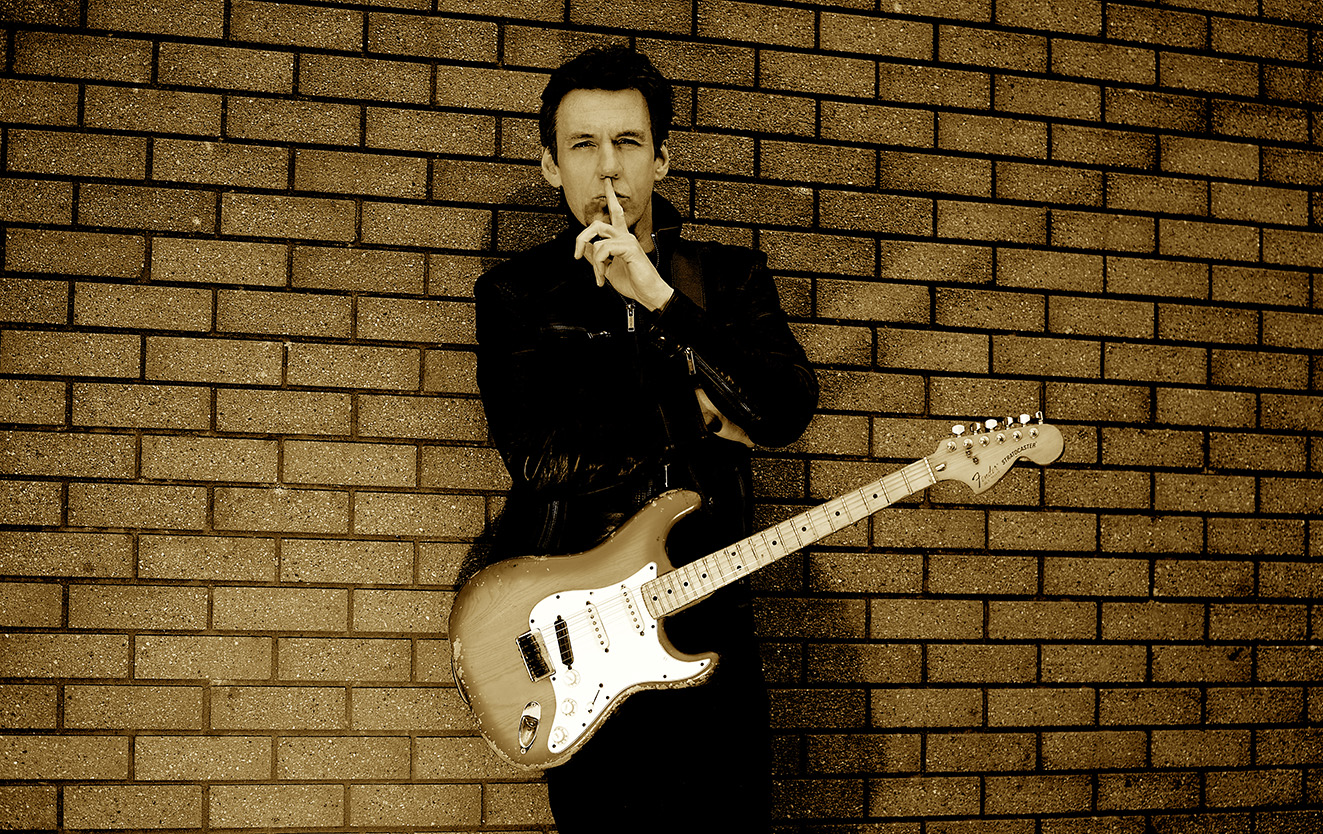 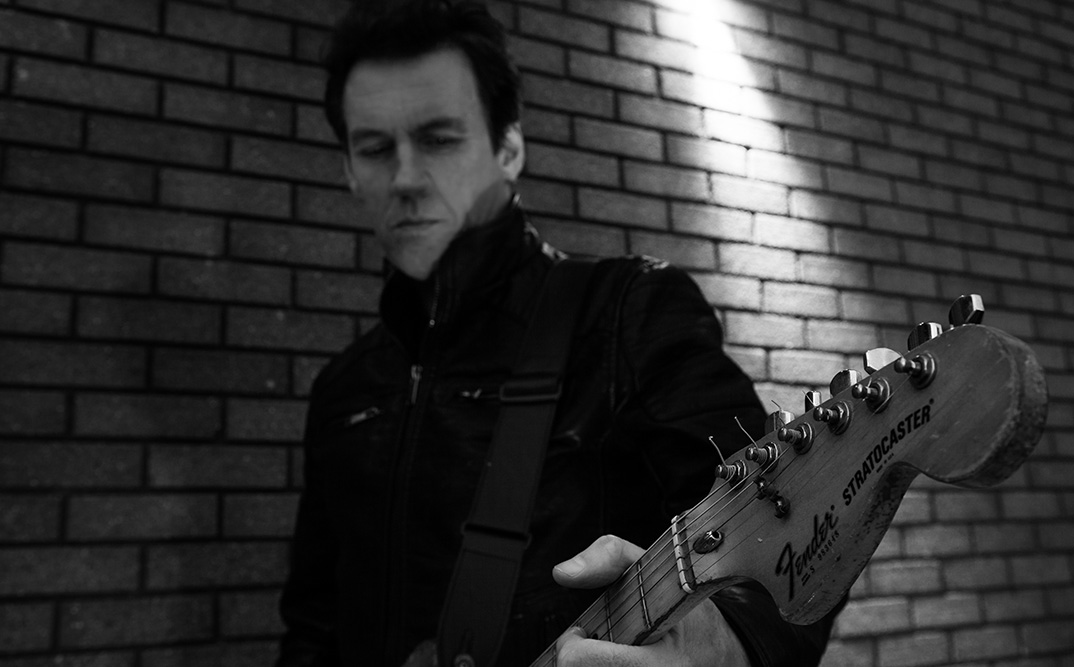 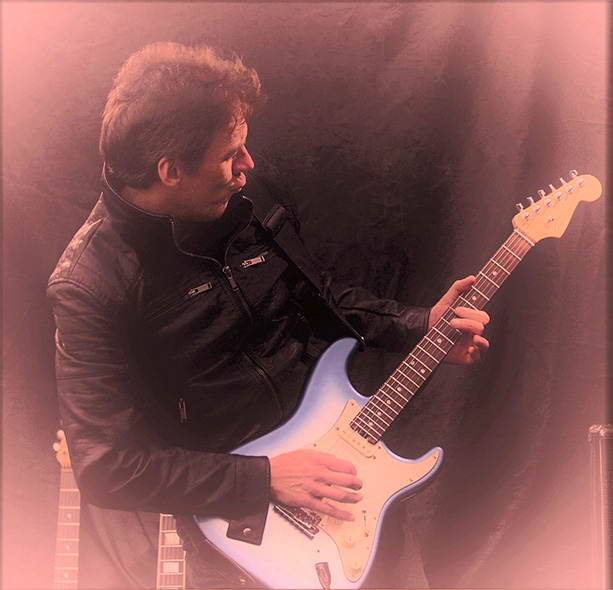 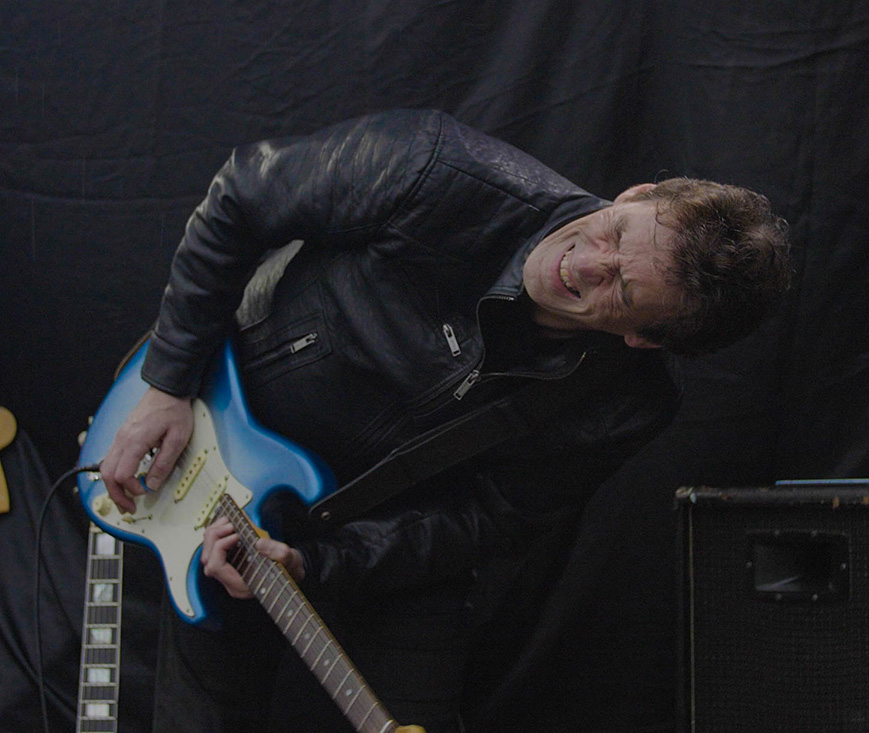 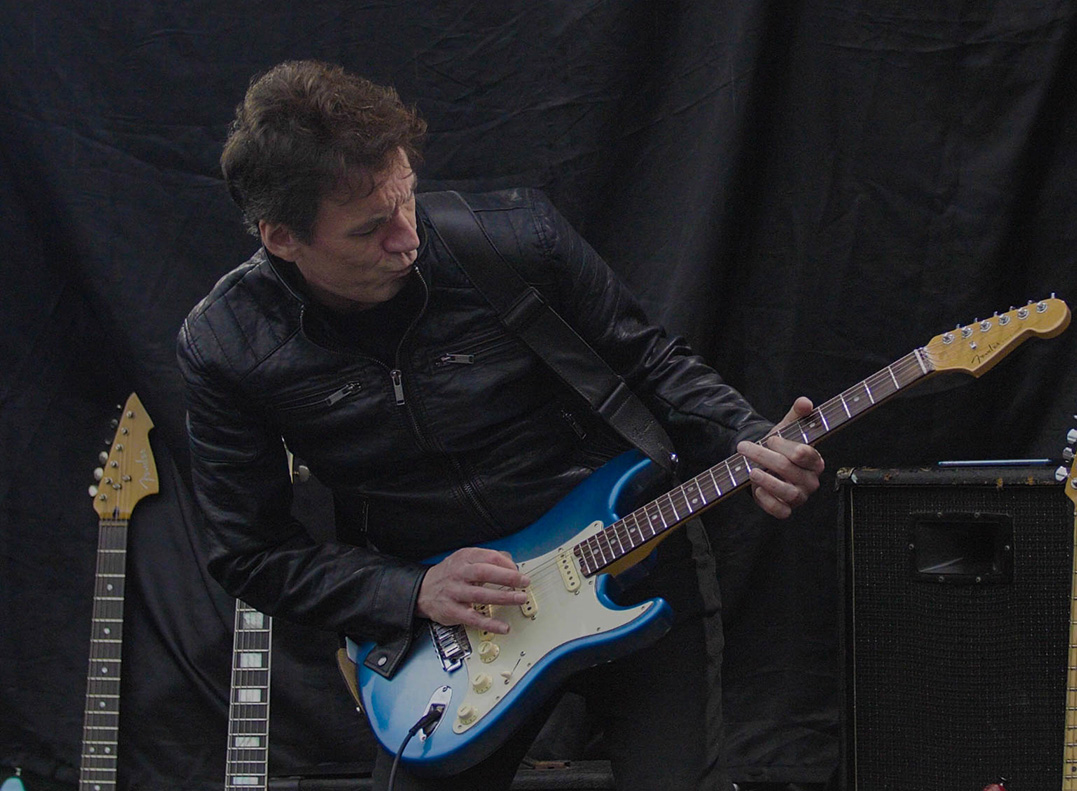 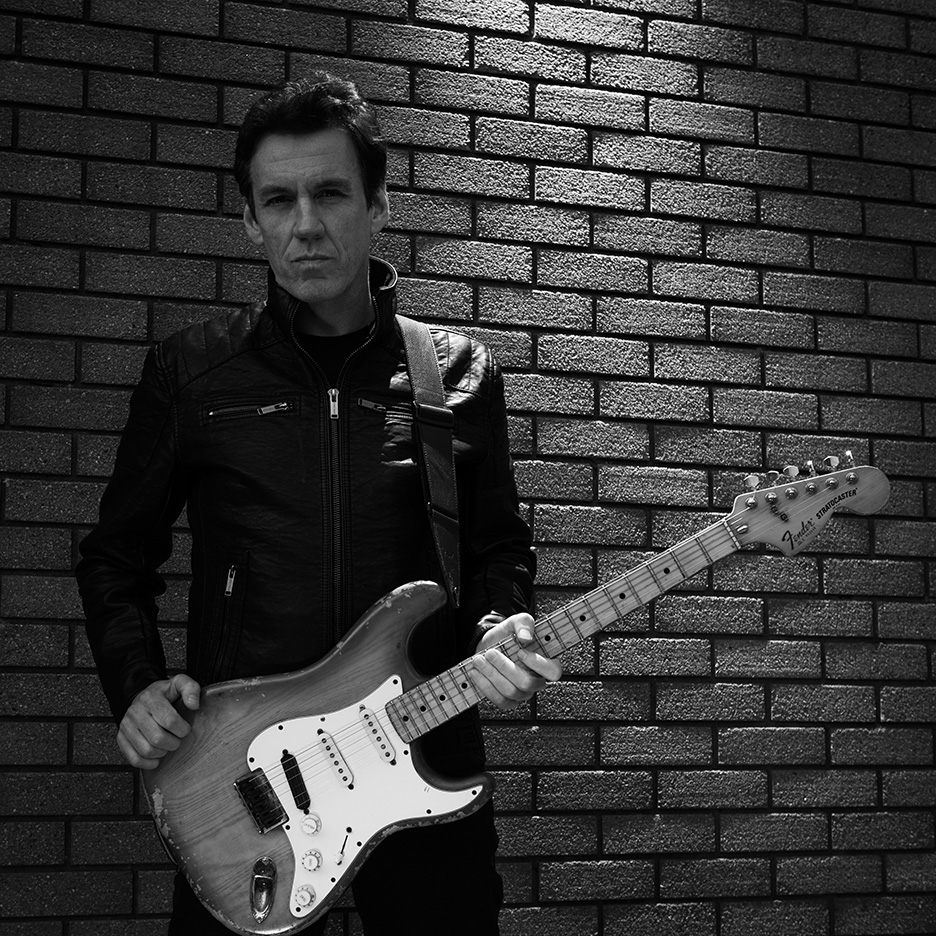 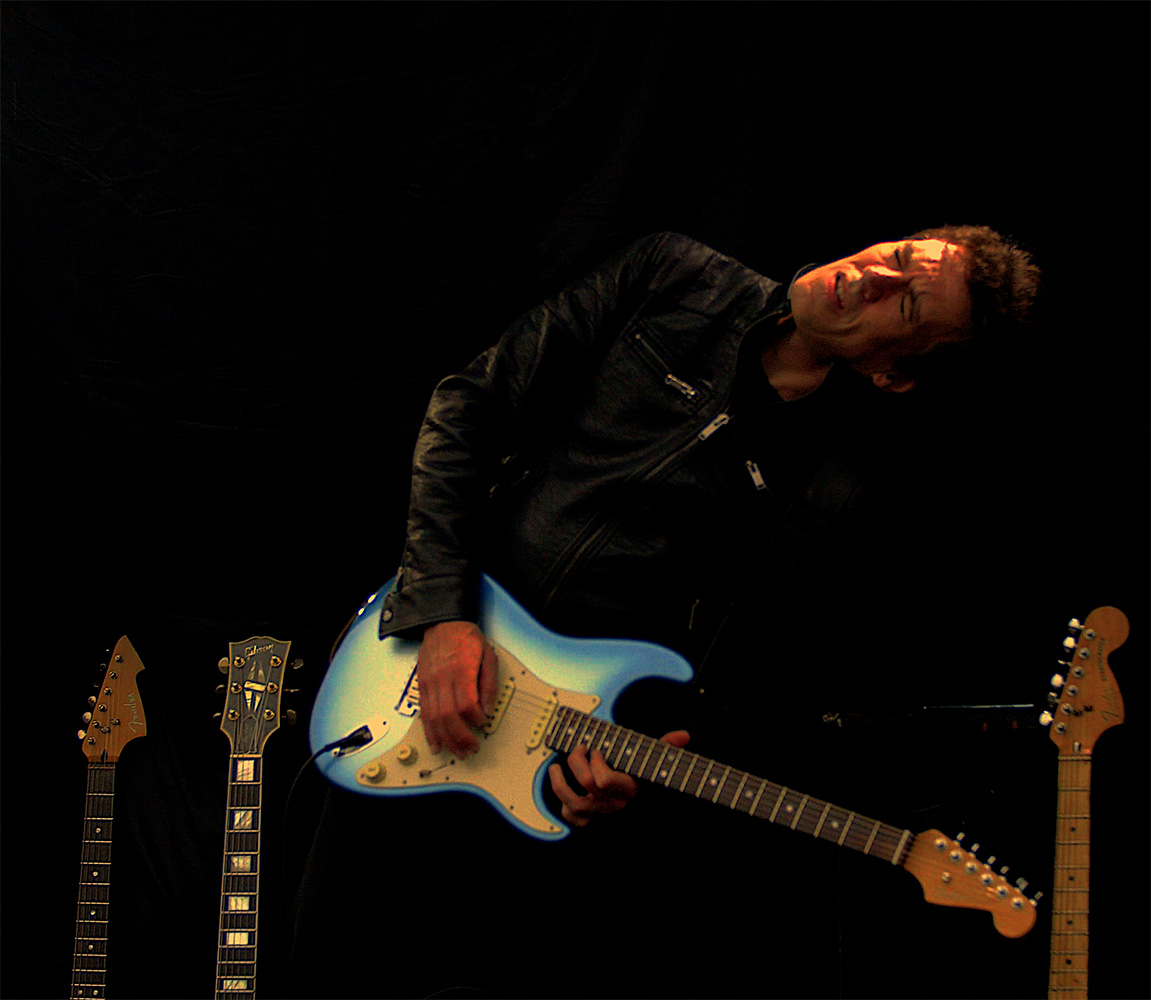